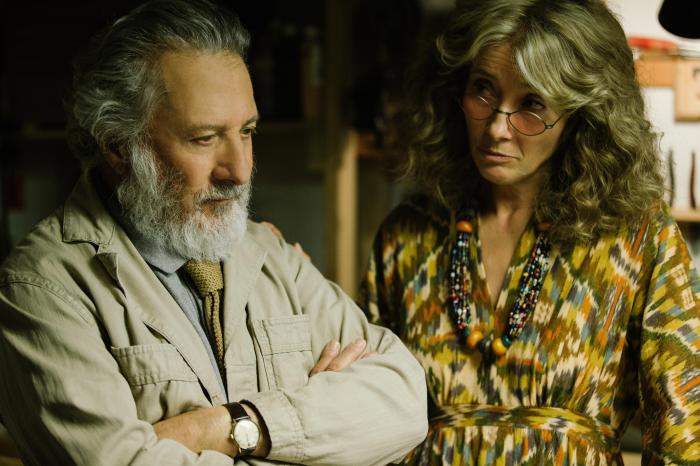 “If he wasn’t a great artist, that means he’s just a prick.”

In the end, all artists are failures. No benchmark for success will satisfy: the thirst for esteem is bottomless, and securing a livelihood is beside the point. The creative impulse only even arrives from greed for the sublime, the epiphanic seeing of the unseen world. For the rapture addict, this life was never going to do.

The Meyerowitz Stories is a film about a sculptor who, by all human accounts, is successful: Harry Meyerowitz is a beloved professor, an exhibited artist with famous work, and most importantly, a father to three decent kids. He’s unconvinced. Nearing the end of his life, his artistic legacy is in question. He finds it difficult to show his work, while museums put on retrospectives of his contemporaries. The lockstep of popular reception marches off, leaving his sensibilities in sawdust. He literally runs away from an opening when a dealer fails to recognize him.

Nevermind the respect he compels from his peers, or the unflinching adoration with which his oldest son defends his work. The students he inspired, the abundance of life’s comforts and privilege – this is merely a list of irrelevancies. Stature is at stake. For this injustice, Harry lashes the world.

But really, he has always been in a status battle; he’s also always been insufferable. Ad Reinhardt wrote in 1957 that “Sculpture is no problem. Nobody likes sculpture.” This period is also supposedly when Harry would have been at his most celebrated. Consequently, he doubles down his investment in his vision at the expense of supervision: in a sorry scene, his daughter recounts how one of her father’s friends sexually harassed her when she was a child. Had Harry any interest in being a father, the abuse could have been avoided. Even his genetic creations are tragic products of his dreaming. 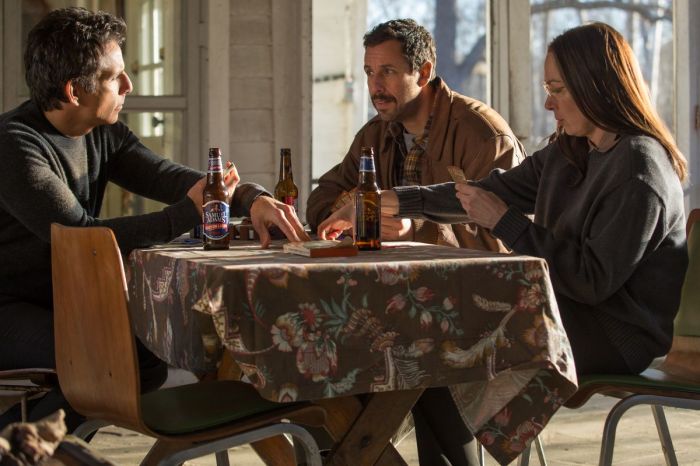 This heavy take might seem cooked-up (the film is soft-hearted, and genuinely uproarious) but I was left mildly immiserated after watching it. Maybe that’s because failure is an obsession of mine, and in writerly pursuits, I have horrified my own loved ones. Sure, the artistic life requires probity, but ultimately it is never just your own wellbeing that’s up at auction. The artist doesn’t struggle alone.

And yet, we are only ever as good as our imagination, if only because compassion is impossible without the capacity to imagine another’s suffering. It is artists who take up the essential task of nurturing this capacity, affixing our cultures with periscopes into other lives. It’s grueling work; no wonder over time so many become farsighted.

But the film isn’t an exculpation of contemptible behavior. That would be a moralization, and Noah Baumbach makes good movies. Rather, it’s an invitation to reflect on our own delusions of grandeur and what they cost our sense of contentment. This is not a special problem for artists either: Harry’s children respectively excel in paradigms of parenting, business and well-adjustment, but fulfillment exceeds even their grasp. Like their father, they cannot shake the anxiety that they will never be good enough. Their potential isn’t a hopeful beacon, so much as it’s a stalking shadow.

How is any of this funny? Because having a good life isn’t even remotely related to getting everything you want. And fundamentally, the characters that populate these stories are caring, dutiful, and in love with a kindred wonder. What more can you really ask for? Maybe it’s a little sad when you can’t see how good you’ve got it, but it’s certainly not a crisis. That’s a problem you can solve. It just might take some creative thinking.