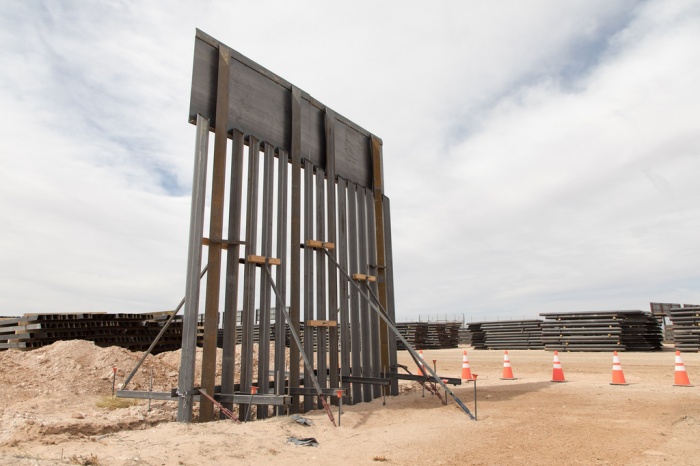 The latest development in the shutdown drama has Trump considering declaring a state of emergency in order to build his wall on the southern border. We don’t need to get into why the wall is a bad idea (here is a fun article that does that while only using conservative sources), but should we be alarmed that the president is attempting to circumvent the separation of powers in order to build a monument for himself?

On a theoretical and moral level, sure, it’s gross that the president is making a mockery of his executive powers. But in practice, this maneuver will turn out to be less about actually building the wall, and more about reframing the immigration issue as a national emergency per se for his base. Why is that? Because declaring a national emergency doesn’t make the money for military construction projects magically appear in the budget.

Let’s get into the law here. It’s true that in accordance with 10 U.S. Code § 2808 that the president has powers to build military construction projects when he calls for a state of emergency. However, there is a pesky stipulation laid out in the end of the a) section for how the funding for these projects must be undertaken:

First, let’s just get out of the way the fact that the wall is estimated to cost as much as $70 billion and the entire Mil-Con budget for 2019 is less than $11 billion. Of course he can’t rob the entire budget either, but let’s try and figure out if Trump can get his $5 billion nonetheless.

We might as well address a complication upfront: the Department of Defense does have the power to deobligate funds, and one might think that there is a possibility that the DoD could deobligate enough funds such that Trump could get this $5 billion. But deobligated funds must stay in the same account as they were originally appropriated for, meaning in Trump’s best case scenario, there are only certain accounts that he could take the money from.

So, are there enough funds in the accounts that Trump could use to build his wall? Let’s find out! 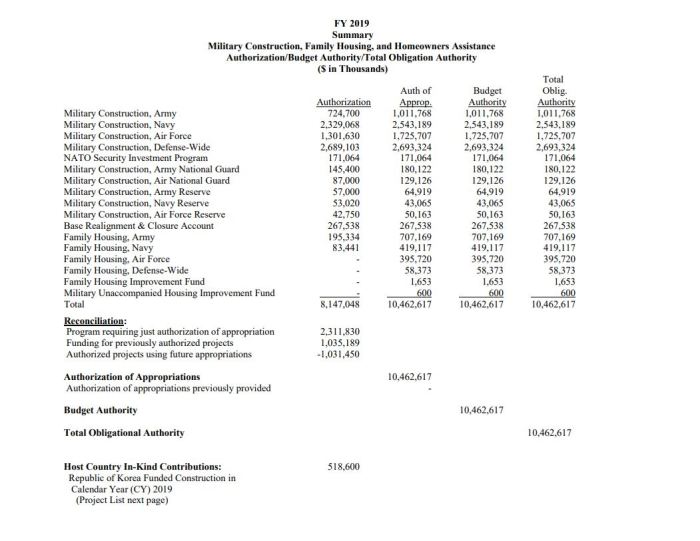 This is the 2019 Mil-Con budget. Even if all the funds were deobligated (which, by the way, would completely compromise all of our military construction projects, which in turn would compromise all of the military that depends on their bases being operational) a domestic wall would not fall under the purview of the Navy, Air Force and NATO Security Investment Program accounts. If you eliminate those funds from the total Obligation Authority Total, you only have around $3 billion to play with, give or take. To put that in context, Trump would essentially have to sabotage our Army to get less than the $5 billion he has been negotiating over the shutdown.

But let’s also get back to reality: the DoD is not going to play ball with Trump here. Even if Trump puts in a lapdog of a Secretary of Defense in the Mad Dog’s place, reorganizing the eligible funds (which, to be clear, wouldn’t even reach $3 billion since lots of that money has already been spent) to build the wall would be such a dereliction of duty that it’s unconscionable. I believe the outrage would eventually be so massive that Trump would be forced to reconsider his course of action, particularly because the armed forces are such an essential demographic of his base.

So no, Trump isn’t actually going to be able to build a wall this way. Nonetheless, I can see him engaging in some political theater by taking a small amount of money that isn’t obligated, sending some troops to the border and staging photo ops of soldiers bravely building walls with Russian steel to keep migrants fleeing violence outside of our shining hill, and back to a netherworld that is only sustained by our own appetite for drugs.

In that regard, I have to agree with the president that we are in a national emergency.