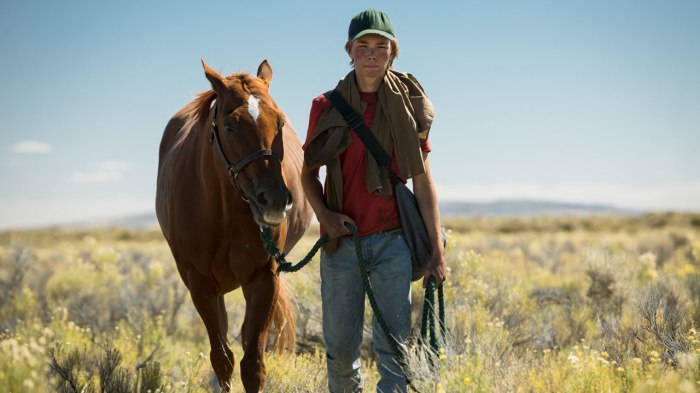 When I was a kid, my grandfather used to take me to watch thoroughbred racing in Saratoga. I think it’d be fair to say that the grandeur of the horses themselves was lost on me. I was much more in the books, analyzing turf conditions and Beyer Speed Figures, trying to suss out patterns I could reliably bet on. The animals were just among the conditions of the puzzle, the means to the prize. Their lives were irrelevant.

Lean on Pete then is a tale so antithetical to my childhood it pauses me. A boy befalls abandonment, poverty, and orphanhood, yet feels so clearly the dignity of one animal that he risks law and life to deliver it from death. Set in the world of lower class Quarter Horse racing, the film is a quiet triumph for its director Andrew Haigh, who works right at the edge of sentimentality, but skillfully never falls across it.

Haigh is likely most well-known for his tv show, Looking, which was, I imagine, supposed to be a queer-man’s version of Sex and the City. While the show was rightfully canceled, Haigh’s sympathetic, gentle direction certainly could not have factored into the decision. In fact, most reviews of the show went out of their way to emphasize how absolutely beautiful it was. And I’d agree; the problem was never its rendering. It’s just that Sex and the City isn’t actually a good show, and an even worse show from which to take spiritual direction.

This material fits him well. The film records a genuine journey – almost every scene takes place in a new location – and Haigh trusts that the sheer sweat and hope shed in each of its legs is moving enough, never feeling the need to be explicit with his authorial stamp. Haigh manages to respect this cultural otherworld, always peering down the river with a graceful gaze. 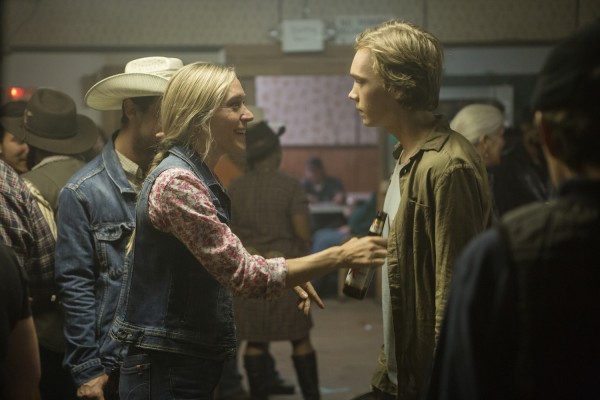 The real revelation, though, is Charlie Plummer, the leading actor whose showing in the film will undoubtedly be career-launching. Many comparisons will be made to River Phoenix: both are blonde, soft on the eyes, meek and daring. However, to Plummer’s credit, I never got the sense, as I do with Phoenix, that he was putting on a clinic in cool. Despite the understatement of most his performance, he gives himself up completely in the vulnerable moments, throwing flattery to the wayside as he hyperventilates in shock, or shoplifts a bag of potato chips in the least smooth way imaginable. Watching him, I was reminded of the admiration I felt for a younger Jennifer Lawrence in Winter’s Bone; let’s hope the allure of blockbuster veneration doesn’t take away another one of our great young artists.

Steve Buscemi does his schtick, but reminds us that he’s an everyman too (say, did you know he was a firefighter?!) – it’s still always a pleasure to watch his weird way of being a human. Chloe Sevigny tries some rounds as an aging jockey, continuing her pursuit of dismantling her “it girl” reputation. Even Steve Zahn shows up to play the role he was always meant for, the friendly homeless man who loses his temper at vodka-o’clock (snark aside, it was great seeing him wave off his zany instincts and get into something real).

But the film’s ultimate takeaway is its complicated commentary on animal rights. There are ways in which our systemic failure to respect the lives of animals is repugnant, and then there are ways in which even the greatest stewards among us cannot always protect animals from their wild natures. This film examines both sides of the coin, and when it ends, it doesn’t delude us into thinking that there is an easy answer to compassion.

What it does affirm, nonetheless, is that compassion is virtuous; that diminishing the connections we sense with other life, whatever their shape or umwelt, also diminishes ourselves; that love, in any extension, is worth fleeing for, even when the jug is near empty, and the sun is hot, and you can’t offer your neighing companion any certainty as to when the desert will end. But so long as you’ve got someone to lean on, there’s always strength left to struggle on.