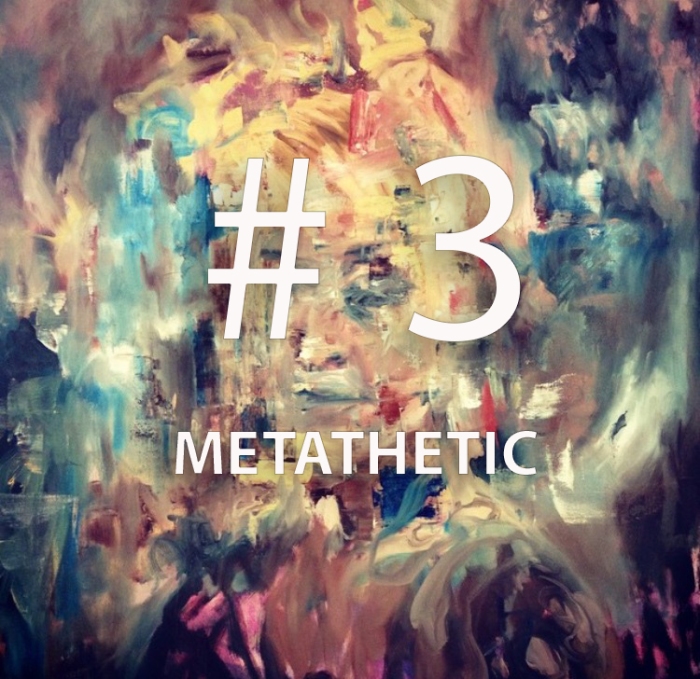 after many months, i’m back!

i had planned to start doing this more regularly, but my life was sort of thrown into chaos. i signed a lease in los angeles back in august, but when i came back to tampa to haul my stuff across the country, the landlord canceled my lease because he didn’t want to deal with all the cockroaches my roommate had found. it was fucking ridiculous.

i took that as a half-assed sign, and instead of going back to la, i drove around the country, aimlessly, for something like 5 months. i spent time in atlanta, nashville, st. louis, omaha, park city, chapel hill and oakland. a lot of gracious friends accepted me into their homes for weeks on end, and i got a few glimpses into how people i admire are living their lives. i’m not really sure that i learned anything exactly, but i did find out i still care about music deeply, and that i shouldn’t give it up.

so starting at the beginning of this year, i recommitted myself. the first thing i did was decide to separate myself from my old band name – i’m just going to be releasing under “johnny paglino” from now on. but i also settled down in utah, made a website, mastered an album and an ep, bought a bunch of new recording equipment, started putting together a live show, etc. i’ve been feeling really positive lately, and can’t wait to share my new shit.

i’m going to be doing this kind of analysis on the singles i release in the next couple of months, but i just wanted to get back into it with an old song. here we go!

so i’ve done an “electronic” song, and i’ve done a folk song. now let’s do a rock song.

in my last post, i talked about how i wrote “withdrawal” about my experiences trying to get over a girl who was two-timing me. this song was written in the moment of that discovery, so most of the preliminary context has already been spelled out.

when you actually find yourself discovering something horrible about a person you love, you are met with all kinds of emotions. immediately, you want to devalue the person, so as to devalue the importance of the discovery you have just made; you call them a coward, a child, something evil, etc.

but you also love them, and so in order not to depreciate yourself for loving them, you want to concede them qualities that are intelligently deceptive: they are brilliantly mad, beautiful and crazy, an evil genius…

this song is about that tension. since i wrote it in college, it’s set in a competitive academic environment; i’m oscillating between thinking she’s an exotic intellect and a petty child…which, to be clear, is all true. she was the smartest, most impossible person i’ve ever known.

i originally wrote the song thinking it would just be a stripped down spanish guitar ballad. somehow, when we went to record it, i decided i wanted to try a version with some technical drums. i believe i was listening to pavement at the time and wanted to incorporate some of their raw sloppiness.

so the chords are all jazz shaped, but by throwing some heavy drums and a moving bass line, it ended up having an edge that made the song more puzzling to me. i think it amplified the absurdity of the lyrical content: there’s something funny to me about having such a wordy rock song over such an uncomplicated, but visceral orchestration.

i also just want to note how much i like the drums in the first half of the bridge. except for the last note for every other measure, none of the drums hit at the same time (the kick, hi hat and snare are all isolated hits). allowing them to come together again is basically the only difference between the first half and the second half of the bridge. but even just letting the drums hit together in the second half immediately gives the passage more momentum.

metathesis is a linguistic term for when syllables or sounds in words get rearranged (for instance, metathesis explains some structural regularities between English and African American English Vernacular, such as how “ask” becomes “aks” and so on). i’m basically saying i’m really stoned and slurring my words, but i’m using technical language to try and characterize the “intellectual” air of the stakes, as it were. the misuse of emphasis on the word “metathetic” is likewise performative.

The punished ants; my water hose.

however, saying that i’m “reposed” and “bored” is a way of deflecting the anger i feel from this girl’s rejection. but then immediately, as a way of keeping the audience’s sympathies with me, i’m noting how that response is surely petulant: i’m becoming a childsplay cliche, using the metaphor of water-hosing ant piles, as kids are known to sometimes do when they’re bored and no one’s giving them attention.

You fill my intelligence whole.

valetudinarian is an obscure word that basically means the same thing as “hypochondriac”. if you can see, obscurity is becoming a lyrical tool to frustrate the relatively simple drama that’s going on here. two people are just playing love games with each other, but this girl is so clever, it becomes completely torturous, and academic. lyrical obscurity represents this conflict.

Kid, give me your Mongoose bike.

I watched you endo. Down you go;

Scrape your knee; your face is broken;

because i think these love games are childish, i’m using moments from my childhood to embody the figurative imagery. i did that with the ant image previously.

however here, i’m sort of conflating both of our childhoods to make a blended image. the girl this song is about actually had a major accident in her past, where she fell on her bike and seriously damaged her face, so much so she had to have reconstructive surgery. this was something she told me in a moment of vulnerability.

at the same time, when i was her age, i was racing BMX courses and jumping off of dirt mounds on my mongoose bike. i never had an injury.

so what i’m trying to do here is a little difficult. i’m essentially combining stories from both our disparate childhoods into one imaginative moment, where we both become children again, in one memory altogether. it’s nearly romantic.

Mommy’s back in Mexico.

No one will help you.

but i refuse to help her. i could be the one to help her, but she has hurt me so. it’s too much and too late. not even mommy can help you now.

Paris, where is your passport?

Your Turkish quilt pinned on your wall.

the point of the lines is to makes images that lend our girl a sense of exoticness. all the same, they’re still accurate anecdotes: when she was in paris, she lost her passport and had a difficult time leaving the country; in her room, she had a quilt she got from turkey displayed on her wall. these are small observations that signal her cultured upbringing and just serve to characterize the song’s setting.

Think about it: I could love you.

Keep it cool, you’ve seen it all.

she’s so smart, she can decide her emotions. i’m trying to convince her feelings with a rational plea. it’s pathetic.

Your modals muddle every fact.

by modals, i’m talking about the qualifiers that are used in modal logics. this is again a very snobby way of saying that she complicates very simple propositions. so instead of saying “i want to be with you”, she would say “it is possible that i might want to be with you,” so as to preserve some dignified distance. the internal near-rhymes (“thief/…seek”) and alliteration (“modals/muddle”) sweeten the sentiment.

she can’t just say what she wants. she’s too smart for that.

Such a baby. Such a trap.

The boy you love is sort of whack.

You feed our rope a sorry slack.

Why won’t you call me?

so i retaliate; i attack her intelligence. you aren’t really that smart: you are dumb, you read dumb stuff, your boyfriend in mexico that you didn’t tell me about is dumb, the way you treat me is dumb, the fact you won’t call me back when i tell you this shit is dumb…

also for what it’s worth, “you feed our rope a sorry slack” came to me because i used to wakeboard a lot as a kid. so this is yet another image from my childhood, but one i threw in kind of just for me.

But I think the words are real.

I know the game is played,

But I think the rules are real.

But I think the feeling’s real.

I know our love is made up,

But I think it’s all too real.

fiction is fake, but there is still a quality of fiction that is true to us (see philosophical fictionalism). that’s to say, “i know we are playing a game, but the consequences and parameters of the game still affect me.” the fact we are “playing” is almost irrelevant — the fiction, the game, the love is still very real to me.

Isolate your thoughts, your feel.

i wrote this line because at my college, the culture conditioned you to separate and prioritize your intellectual capacity from your emotional one. it was something that frustrated me a lot.

I can still scratch on your pride,

even if you keep your emotions guarded, i’ll still find a way to hurt you back — even stainless steel can be vandalized.

but really thinking back on it, i definitely wrote this line because i was having a conversation with my mom about her remodeling her kitchen in stainless steel. i never made this connection until now, but that’s where the idea for this final metaphor had to have come from as well.

Soak you in a coffee pot —

The caffeine keeps me confident.

As I digest in dependence,

Then swig and swig until it’s done.

so obviously the metaphor here is around coffee, something a lot of people drink in college. i drink it slowly to focus and think about one topic; she uses it to accelerate her life and loves. i ruminate and obsess over her; she swiftly metabolizes other men. and for all the thought that goes into a song, it only takes four minutes to listen to it, and then go on to be with someone else.

hope you enjoyed! any feedback is appreciated. still trying to get a feel for whether this format is entertaining or engaging, so let me know what you think. thanks!